We have been so occupied with fixing up our new rental and making it live-able, that writing was the last priority on our/my list. In this last month so much has happened, I don't even know where to start! So I decided to make a list in chronological order, with pictures to explain things. Eventhough it is impossible to explain how we came to certain decisions, people who know us will understand anyway I suppose.

The first row of pictures was taken on the 3d of november.

Nikki and JF had met an Ecuadorian couple (Fabien and Anna) with kids, who owned the land I had my eye on (last blog). They got along really well and things rolled on fast. Their kids played together every day.
The idea formed between the four of them that we could form a cooperation with the 3 families and work on the land together. Fabien and Anna did not want to sell their land, eventhough they are not living on it.

They would like to utilize it in some way though. Give it some meaning. Their offer was that we could all work the land and share the income from it. Whether or not this will happen in reality is still uncertain, but we were very interested to look at the land, of course. The pictures below show the land.

The area that caught my interest is just past where their land ends. Some weeks later this area appeared to belong to an elderly couple, who had no use for it anymore. But we are in no rush and were too busy with other things to go into it anyway. The timing is not right, yet.

It seems -however- that these things tend to come to Nikki and JF by themselves, no effort involved. Which I find fascinating. I have a 'wish' and the means to fullfil it seem to come through them?!? It gives me a sense of meaning somehow. Things are not random, I am here with a purpose and the way it is fulfilled is beyond my comprehension it seems.
(I think that counts for everyone.) 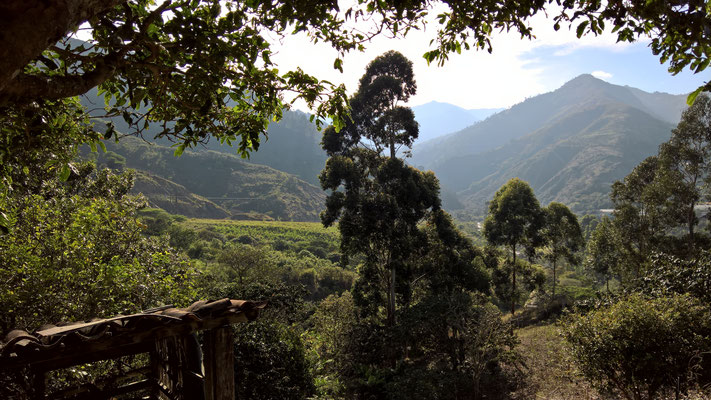 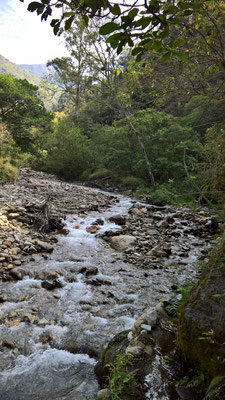 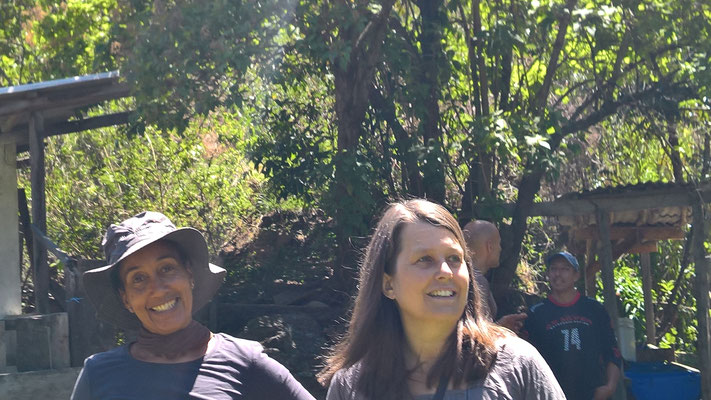 With the four of us, we decide to buy this little piece as a beginning of our future enterprise. To see how things work with buying land, to see how we can build a house together and to see if we can make it profitable in some way (airbnb? B&B?).

The fact that there is already a house (the question is if you could call it a house, but officially it is), makes it easier to break it down and build another, without need for permits.

It is funny how things you don't really desire or need, come way easier then the things you do desire. So this land came one day, was visited and looked at the next and was bought the day after. Almost effortless.

Below is a picture of the map of this land that is now ours since the 8th of november(??!!).

On the 11th of the 11th we celebrated our ownership together with burning some sage and drinking some wine.

Beer and Nikki spent a day cleaning away some banana trees, to create some space, a week later. That is all we have done on it so far.

On the 14th of November, Eric shot a video of the area. It is so beautiful! 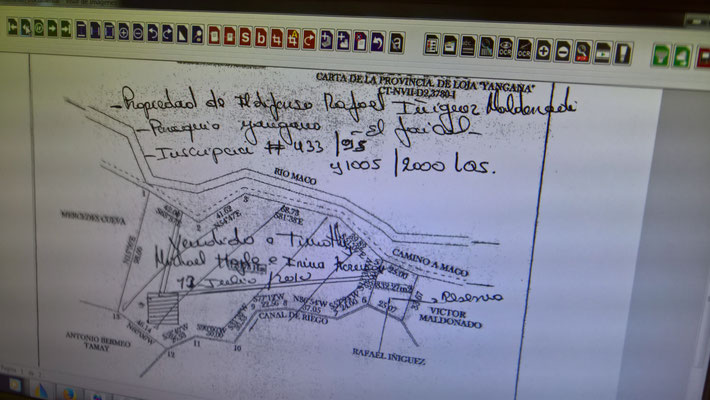 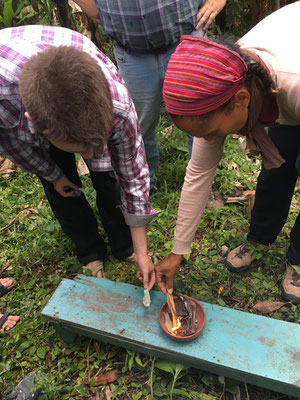 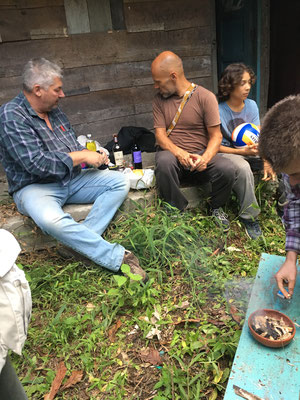 There are days when the electricity is just out all day and part of the next day, without any warning. All our ice in the fridge melts away, while we are still hoping against all odds it will be saved when the power goes back on. In town they can't give us anymore information about it then: 'it will be back soon'.

Water is another thing that will just be out for one or more days. When you take a look at the alkatene pipes that run all through the landscape, you know it is logical that they get damaged at some point.

One time electricity AND water were out and that made us slightly depressed. We decided to buy a generator that day. In the evening we drove to Loja and came back with a well working generator. For some reason it made us really happy to have power and have it in our own hands (nothing symbolic about that, eh!).

From all the work we did, Eric put a lot of time into the electricic wiring (see his below sketchplan from the 9th of November) and I put a lot of time into painting and cleaning. Edwin, a local cabdriver slash handyman, worked with us to fix the roof, cement the living room floor and do some other small jobs around the house.

I lived mostly in my work clothes and it was a very welcome change to put on normal clothes when we would go into town to do shopping, or visit Nikki and JF. My hands became so dry from working with cement and paint, that my iphone did not recognize my thumbprint anymore.

The amount of centipedes, spiders and mosquitos in the bedroom decreased dramatically when all the holes were filled with either siliconegel, cement or wood and the window was covered with mosquitonetting.

One fine day, somewhere end of November, it started looking homely and cozy in the bedroom. The wardrobe Beer and I built, together with adding curtains, did the job.

It sounds really empty, but these things made me happy. And for Lem it meant comfort and safety. A home. And this meant that he was ready for another haircut on the 17th of November. 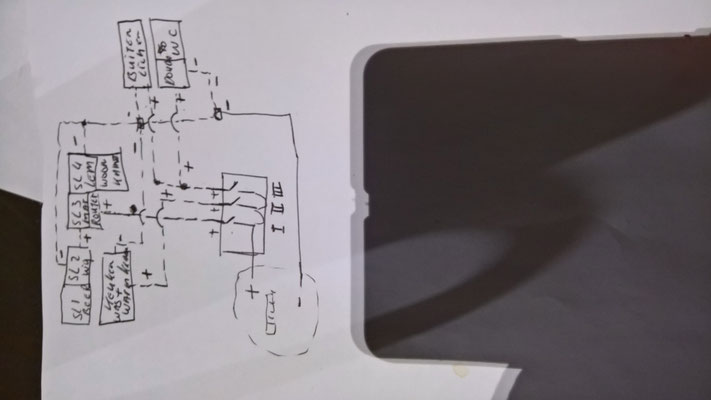 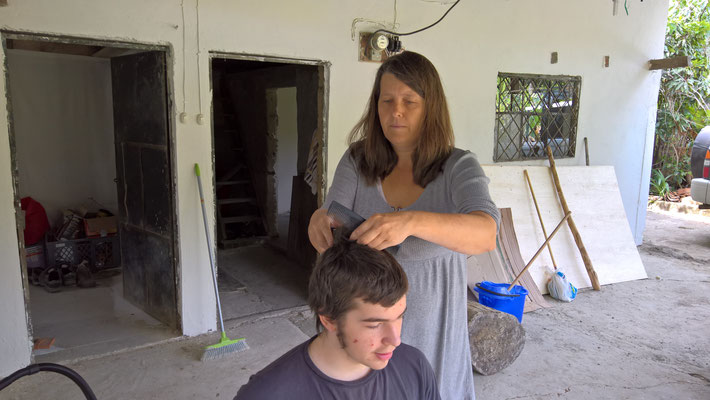 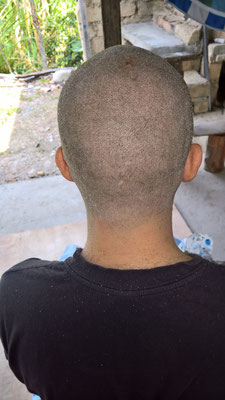 But the most important thing this month, by far, was the visa.

The visa has been an issue from the start on. We ignored it for as long as we could, but that did not solve the issue.

We had to make an appointment at a visa office to get permission to stay in Ecuador long term.

We brought a lot of paperwork with us from the Netherlands, which we got translated.

Our 90 day tourist visa (something anybody who enters Ecuador gets without a problem: Just a stamp in the passport) was due expire on the 5th of December.

Our 'Good conduct' documents were valid for 180 days and due to expire on the 28th of November.

There was no way around it; we had to get this sorted soon.

There was one big problem however; we were applying for a professional visa. This meant we had given our diploma's to Senecyt. Senecyt is Ecuador's Education Organisation. They had the power to declare our diploma's valid in Ecuador. Since my education -midwifery- has no high standard in Ecuador (it's called 'parterra' here and everyone's grandmother used to be one it seems) and my school did not believe in lots of stamps and official looking paperwork, my diploma was most likely not going to be recognised.

Eric's diploma -automotive teacher- looked very official with lots of stamps and paperwork and was most likely going to be approved. I would then recieve the visa as a 'dependent'. A new direction in life for me.

But after 2.5 months, Senecyt had not done anything yet in the direction of approving our diploma. So three weeks ago I asked Francesca to call them. It took her a week to get hold of them. They claimed they had e-mailed our schools and not received replies. So we contacted our schools and of course they had received nothing.

There was no other option then to just go to the visa office and apply for a 3 month extension to the tourist visa or maybe for a special year-long tourist visa.

This meant we would not be able to earn money here, which would be a bummer.

Out of meditation kept coming that the professional visa would be happening, although nothing pointed in that direction.

When making the appointment we discovered that all the visa offices we had in mind were fully booked in this time. We had thought about Machala (on the coast), we had thought about Quito (a 12 hour drive, but with friends we could stay with) and Cuenca, the closest, was out of order. It might have something to do with the situation in Venezuela and all the immigrants coming from there.

The closest one after all this, was Riobamba.

Francesca, who had done all our translations and given us advice here and there, had no idea how this office functioned. She had given us 3 versions of the visa's (the 90 day visa, the 1 yr visa and the prof visa), so we could decide on the spot which one was going to work. All in the hope of Senecyt coming through last minute.

Under here a picture of our arrival in Riobamba, with its huge vulcano, the Chimborazo, when we did the 10 hour drive from Yangana on Monday 27th November.

On Tuesday we had the appointment at the visa office.

After this a picture from the 30th of November, showing us at one of the desks and offices and piles of paper we had been dealing with since then.

To our enormous surprise the visa officer put in our application for professional visa, eventhough Senecyt had not come through yet. He gave us a timeframe of 60 days to get Senecyt sorted. If this would not work, we could apply for an extended tourist visa.

The Dutch saying 'Hoe een koe een haas vangt',  loosely translated as 'how a cow catches a hare', says it all. No one could have expected this and still it happened.  I got out of meditation that we would still get the prof visum, but all odds were against it and I could not see any way in which this could still happen.

Francesca never even heard something like this was possible.

Sometimes I think this is the Universe having some fun. Keeping us in the dark till the last moment.

Of course we still had a lot of stupid burocratic paperwork to do that we (also) did not expect and which took us 3 days- and one of Eric (in)famous angry outburst- to get done. 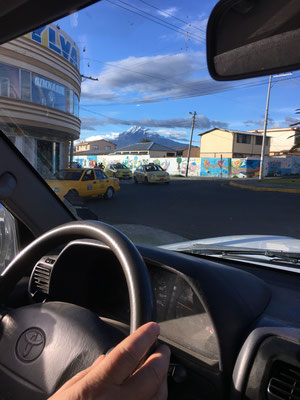 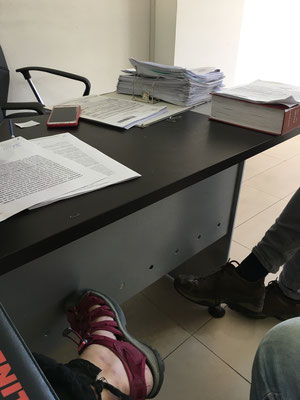 Since we had to drag ourselves and the kids through the country, we decided to do some touristic activities as well. We slept in a hotel in Banos. Banos is a tourist destination with beautiful scenery, a volcano and natural hot springs.

So on Wednesday the 29th of November we had time to visit some waterfalls, swing above crevices and sit in hot springs (last picture) 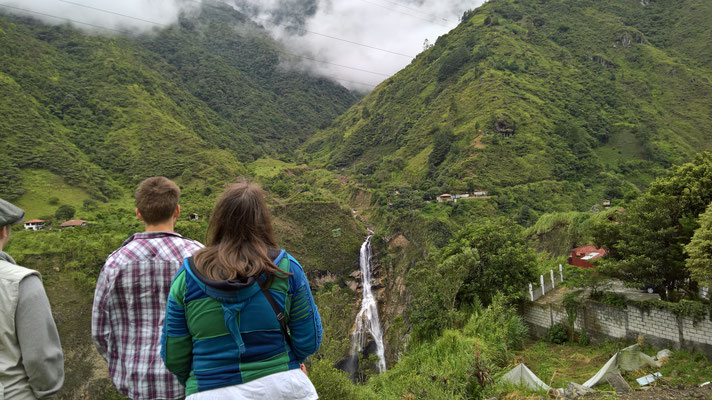 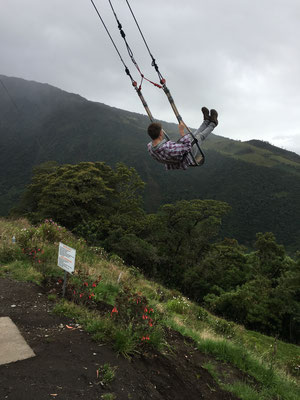 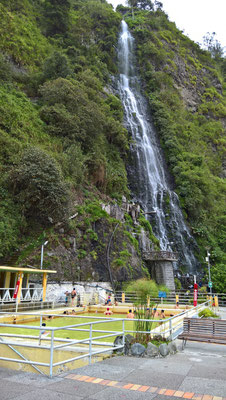 And on the way back home, after all the paperwork was sorted because of Eric's angry outburst at the local burocratic department of Justice, we decided to drive back through the Amazone. And although this was a very long and very heavy trip, it was a beautiful experience for all of us. From Thursday the 30th on Friday the 1st of December,  we were in the Amazone.

On the first picture is visible the view over the Amazone when we came out of the Andes near Banos. It is crazy how close together the climate zones and cultural changes are in Ecuador. In 10 minutes we drove from 20 degrees, dry Andes weather to 27 degrees moist Amazone climate, from the Andes Indians in houses to the Amazon Indians in huts.

On the third picture the place we stayed at in Macas. Even playing pingpong made us sweat in the jungle heat. 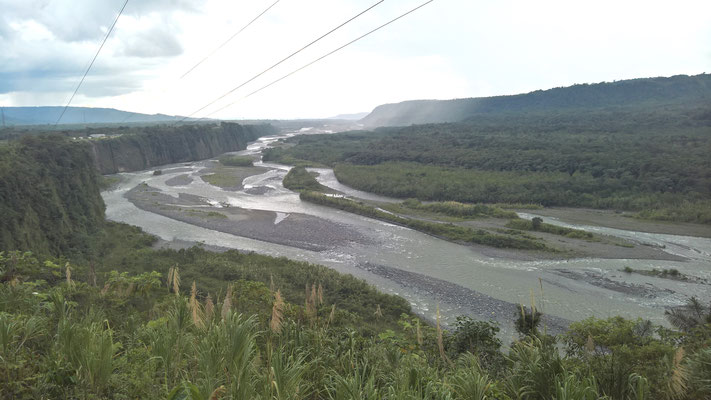 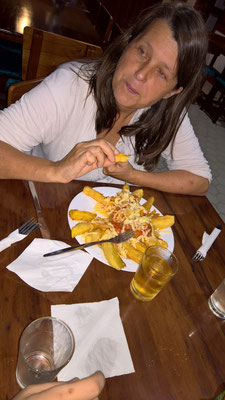 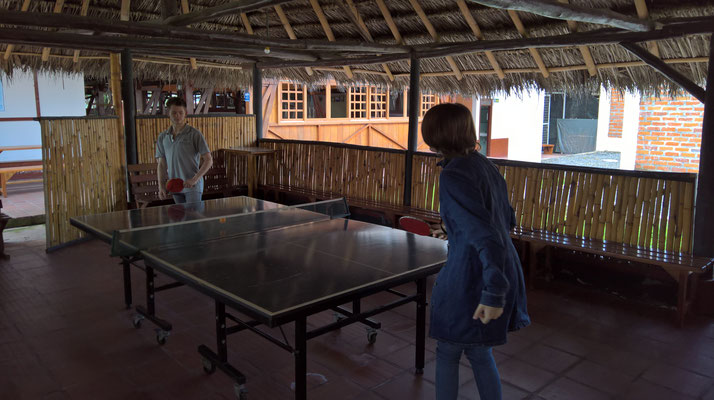