The first two days of our holiday really felt like holiday. The sun was shining, there was a swimming pool, everything went smoothly. We played pool and table tennis, while enjoying a cocktail in the evening. We played games together; Uno and other card games, mastermind, rummycub. We connected and talked, the 5 of us. You know; real holiday-feel.

We also had a great farewell dinner with Nikki and JF on Saturday evening in an artisenal brewery.

It helped the good mood that we had finished storing all our stuff in a safe place as well.

This was still in Vilcabamba, in the German hosteria 'Izhcaluma', where everything was arranged well. 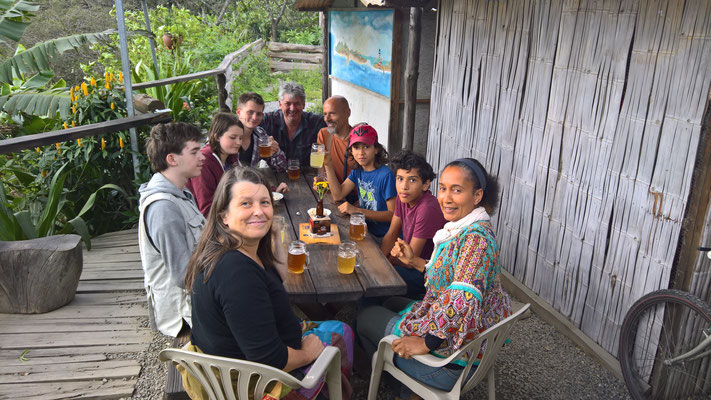 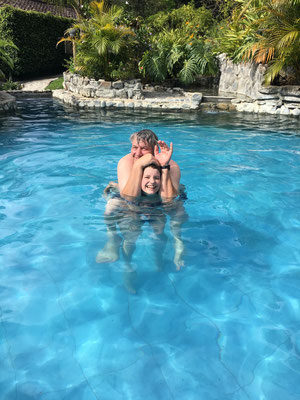 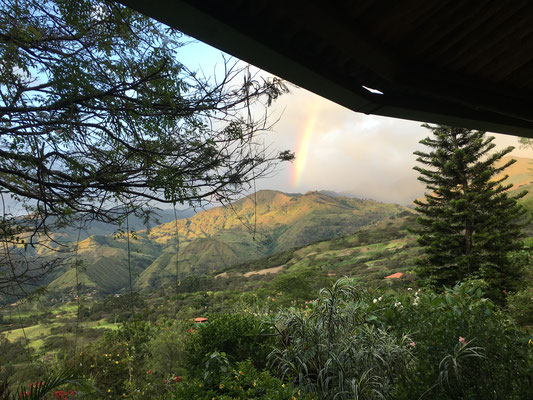 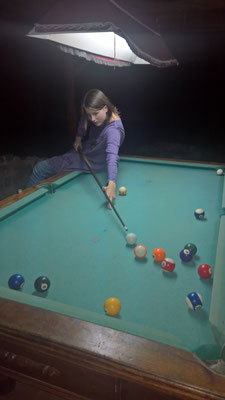 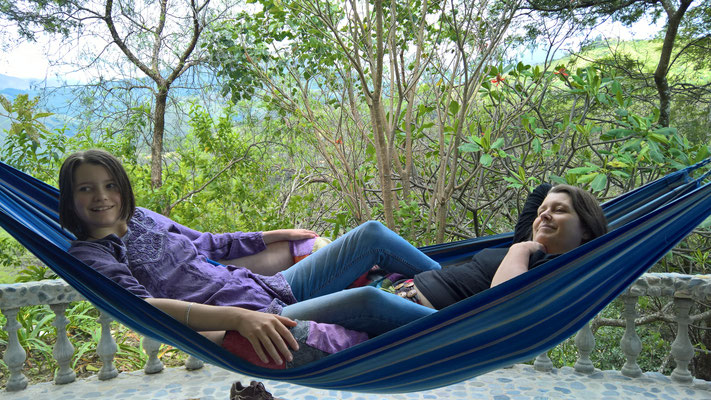 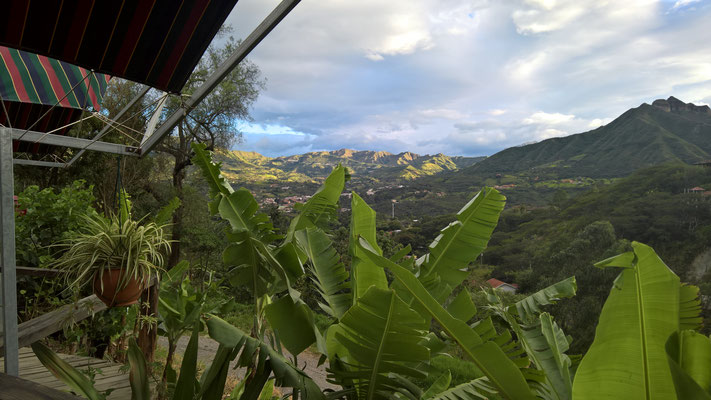 When we arrived in the airbnb in Cuenca on Monday, we were reminded again of how Ecuadorian people build houses and arrange things. It is a big house, this airbnb, but things are just wrong in it. The doors are in the wrong places and open up the wrong way, the toilets all leak and some lightbulbs were broken in important areas of the house. It was freezing cold at night with not enough blankets and one of the bedrooms only has a door toward the outside area. So going to the toilet at night is a cold bussiness and also annoying; having to go through other peoples bedrooms (Beer picked that room).
Also; other peoples dogs run around the house barking at every single movement and trying to beg for food when you are accidently outside.

But once we were used to this, all was fine again.

From German- thoroughly arranged- to Ecuadorian style, is a huge switch.

The only thing that really kept bugging us was, that the weather was cold (Cuenca is higher in the mountains) and there was not much sun during this week. It was overcast and dark-ish when we arrived. And this weather was set to remain untill Friday. It took us a day to accept these facts and get on with it.

Beer's birthday we celebrated in hot springs nearby, which was very relaxing. And not weather dependent. We started his birthday with a breakfast in Cuenca's 'top breakfast place' (according to all kinds of reviews). 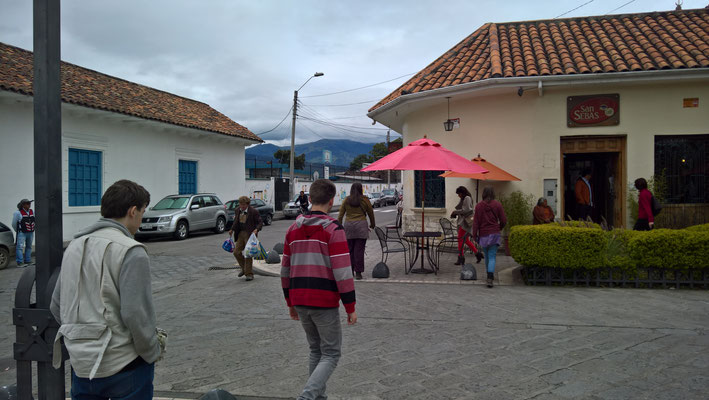 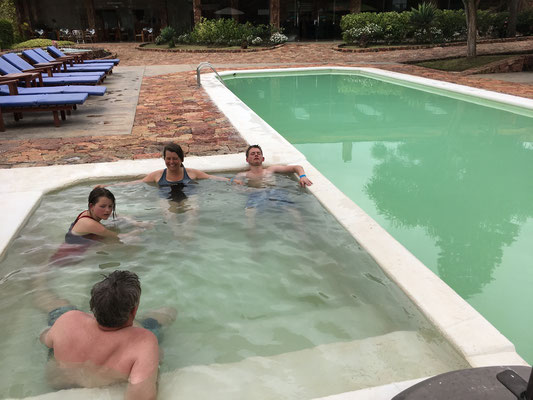 The highlight of the week was our hike through the Cajas National Park near Cuenca, from which the town of Cuenca gets its (very clean) water.

The reserve lies high in the Andes (4 km's ) and the nature there looks very dramatic.

We didn't totally expect it to be as cold as it was, but the hike made us warm quickly. In stead of the expected showers, we had some peaks of sunlight coming through. We did 'walk number 1', which was set out in pink marks. It was a 4-5 hr walk. With the fitness level of Eric and me, in our minds we quickly added 1 more hour.

Because of the altitude we were all experiencing some forms of altitude sickness. Bear had a raving headache, but that didn't stop him from jumping and running around like a mountain goat ('I'll check the road ahead, be back soon! Wait: this hill looks challenging, I'm gone climb that first!'). I felt the hight in my heart and longues and needed to stop, when we were ascending/climbing, every 5 paces. Eric and Lem also had to stop that frequent, but they felt it more as a dizziness. Mar had a tickly throath (altitude?) and sore feet, but was ahead of everyone most of the time.

I was very grateful to Bear for helping me when there were steep areas, because I sometimes tended to slip on stones and mud. It has to do with my fear of hights, mostly. Because I have the same good quality walking shoes as everyone else. I just don't have the same 'sure footing'.

It is by far the most beautiful nature I have seen so far in Ecuador. As you can see on the pictures it sometimes looks 'dead', but it was actually extremely alive. We saw a fox running in a valley, crossing water to get to where ever it wanted to get. There were Lama's strolling around. And we saw the droppings of an Andes Bear. The woods were a certain kind of hardwood. A sign nearby said it was called 'Quinoa wood', which doesn't ring a bell to me (I know what Quinoa is, but as far as I know it is not a tree). There were all kinds of mosses and small mountain flowers. The water (and there was a lot of it) was so clear, it would bring tears to your eyes. "What have we done to the world' is what you think when you see such unspoiled-ness.

It keeps amazing me that Ecuador is so versatile, climate wise. How in only a few kilometers a landscape can change from being tropical to being 'high in the Swiss Alpes' kind of climate.

We were very proud of ourselves for having completed this hike. And we did it in 4 hours, not 5. So even though I walked like a tortoise with pneumonia, we didn't do too bad!

Internet-wise, we look at it on a day-to-day basis. This works well. Beer came up with it: It means no one knows upfront whether or not we will use the internet, so there can be no disappointments, or 'living towards it' while trying to 'survive the now'. For Lem this is very hard. He would like some control over it and most of all he would love a schedule. But he is doing well, considering (he complains a lot, but cooperates anyway).

There are days with no internet use and there are days with a little internet. There is a lot of interaction and everyone seems to be ok with that. Me and Eric really enjoy that, but as parents that is logical I think.

So, nearing the end of this week, back to the question we will have to answer at every place we visit:
Is Cuenca and wider surroundings the place where we want to live? Does this place resonate? The answer is no.

(Only Lem would say 'yes'. Simply because he likes the cold.)

We like the town, as Ecuadorian towns go. We like the landscape around Cuenca. It is somewhat colder here then we would like, but that would not matter if it would 'draw us'. And somehow that is something that you can't influence. Even if you would want to be drawn by it. It either draws you, or it doesn't. And this doesn't.

In NZ we wanted to be drawn to the land we bought, but it actually didn't give us any vibes. After 3 years we were finally ready to admit that. From this we learned not to kid ourselves and face up to what 'is' and not what we want it to be. 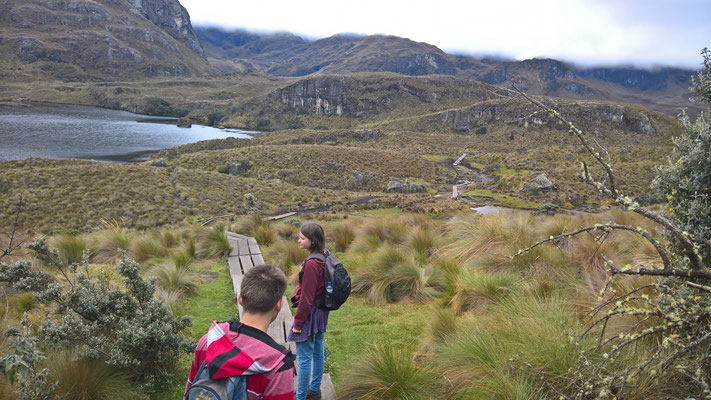 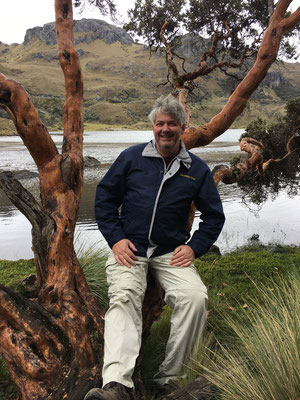 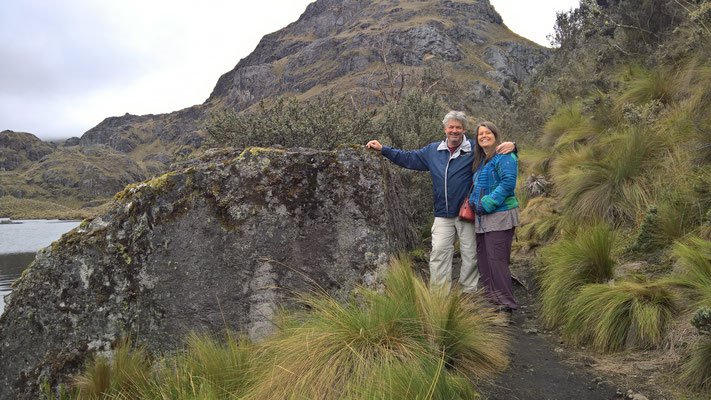 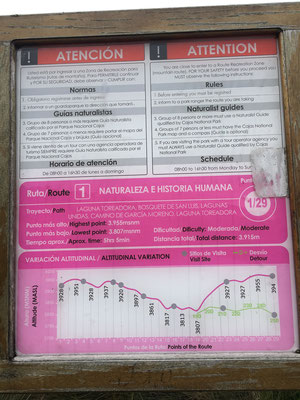 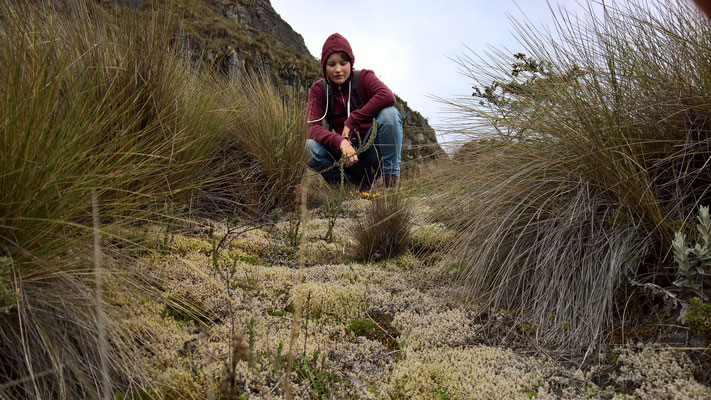 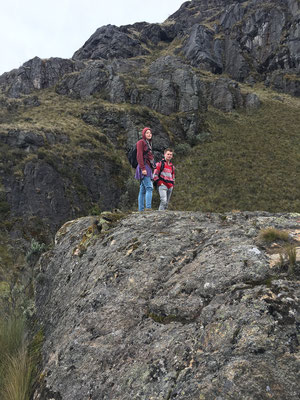 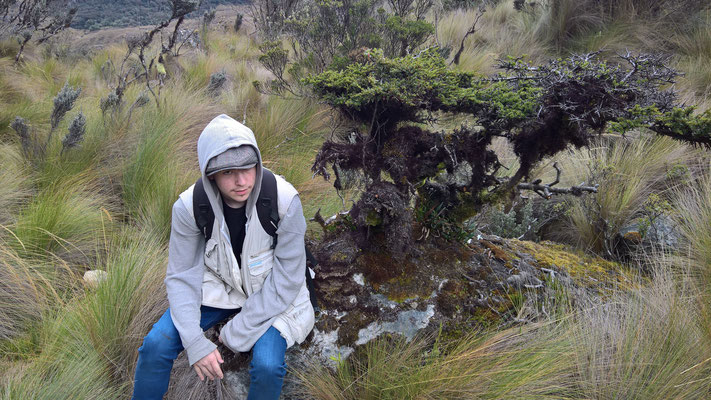 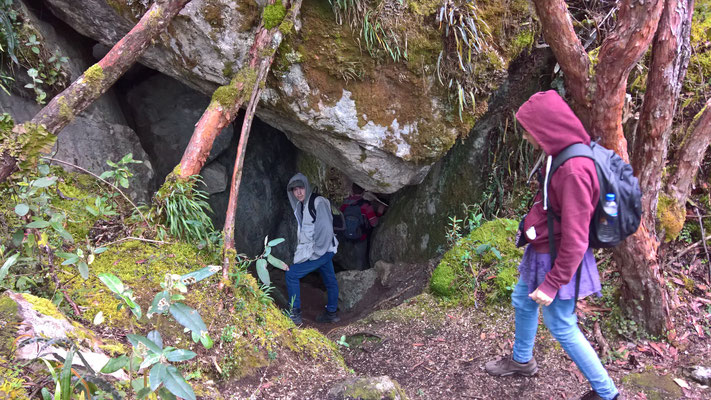 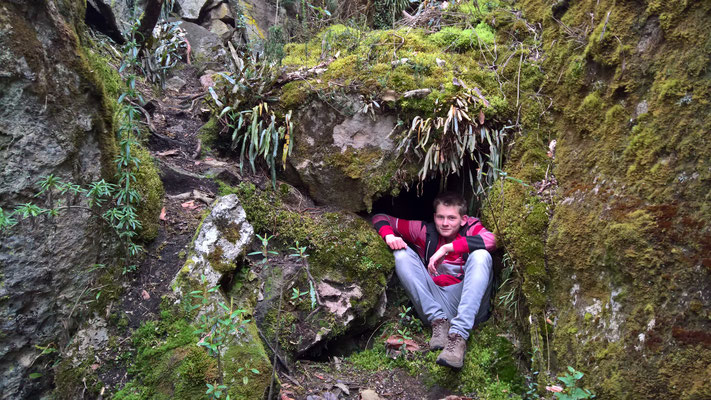 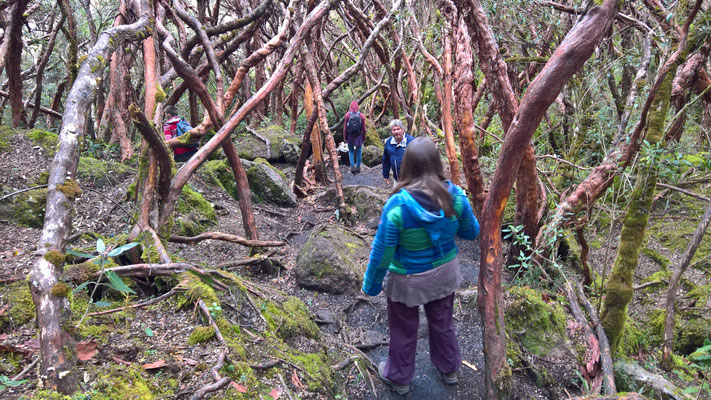 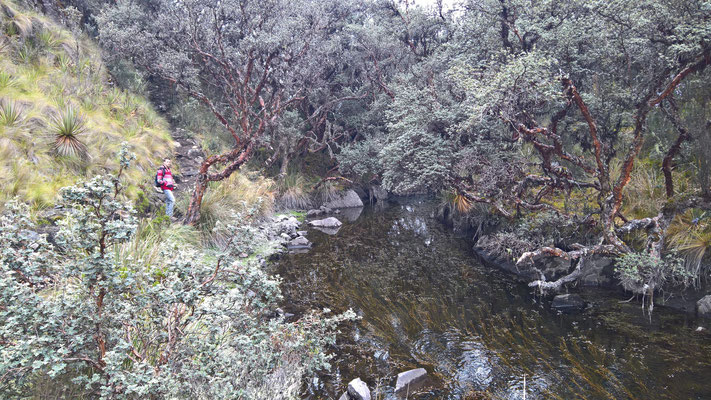 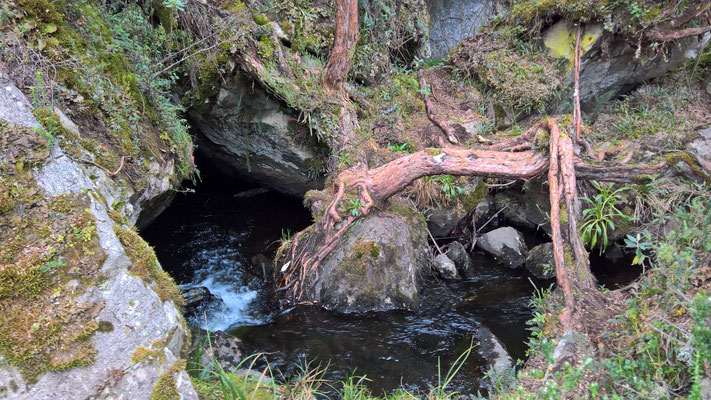 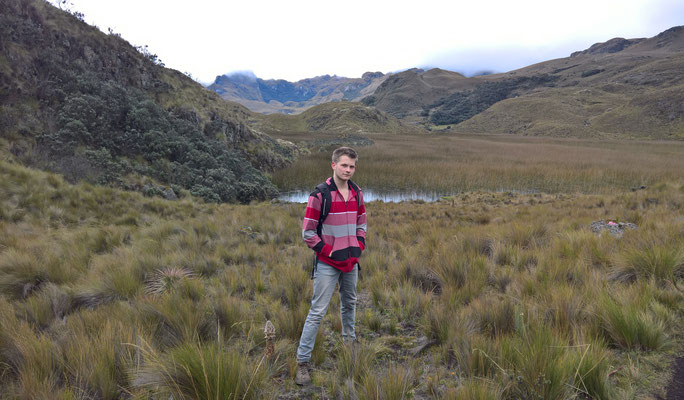 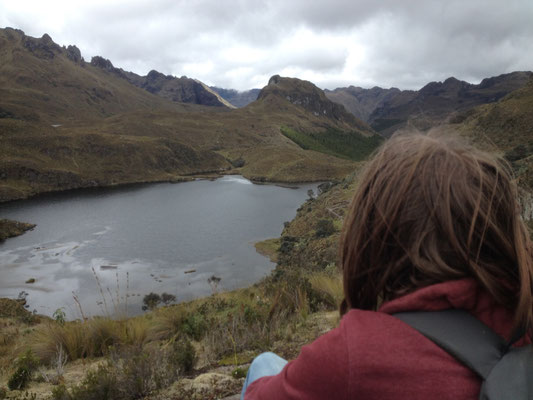 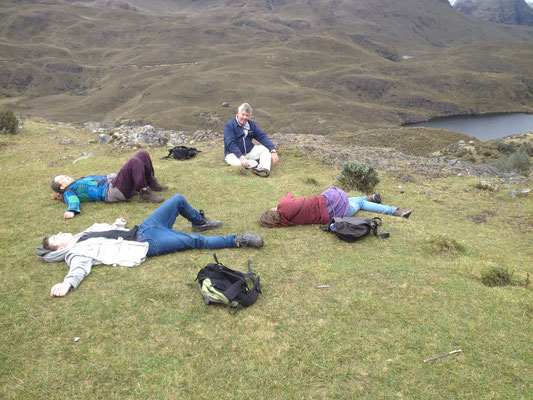